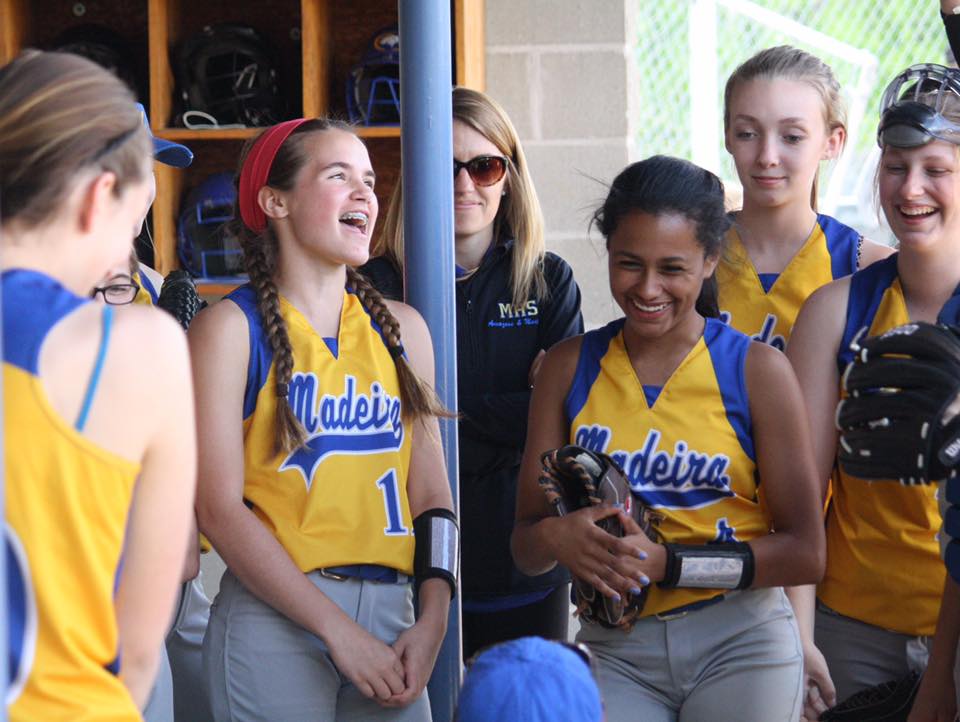 MADEIRA – With a mixed roster of five seniors, a junior, two sophomores and four freshman, the Madeira High School girls softball team is hoping to break from the middle of the pack of the Cincinnati Hills League.

Madeira won three straight league titles from 2008-2010, before struggling in 2011 and 2012. Last season, the Amazons got their record to 12-10. The next move is to get from the middle to the top of the league standings currently occupied by the likes of Finneytown, Deer Park and Indian Hill.

Early in the season, Madeira notched a win against Walnut Hills of the Eastern Cincinnati Conference and senior Clare Gordon pitched a gem against CHL rival Reading for a 2-1 victory April 11.

However, they’ve struggled against Deer Park.

“I definitely think we can compete with Deer Park,” Disbennett said. “We just didn’t swing the bat against them.”

When the Amazons do swing the bats, they’re also led by Gordon. In the power department is junior Molly Murphy, the team’s field general behind the plate.

“She’s improved at framing the pitches and all of that stuff,” Disbennett said. “She’s also our third hitter.”

Gordon throws the majority of innings for Madeira and is among league leaders in earned run average. In addition to the one-run victory over Reading, Gordon also shut out Princeton April 12.

“Clare goes to pitching lessons and she plays summer ball,” Disbennett said. “She has a lot of experience and knowledge of where she should pitch it and shouldn’t pitch it.”

Other top hitters for Disbennett are seniors Lizzie Booth and Zoe Evans, sophomore Grace Jacobs and freshman Brittany Ladd. In the field, senior Abby Seaman has moved from the outfield to shortstop.

“We needed Abby in center field last year,” Disbennett said. “Abby has really good fundamental footwork. She gives 110 percent no matter what. She’ll be in pain from her knees hurting and she just keeps on going. She’s been a lot of help for us in a leadership position.”

Senior Evans has also been flashing the leather at second base.

“She’ll go anywhere and everywhere to get a ball,” Disbennett said.

Rounding out Madeira’s double play combination is senior Jessica Ashmore at first base.

Madeira will shoot for twin killings against Taylor April 23 and again on the road April 25.

Posted in Softball
Scroll To Top