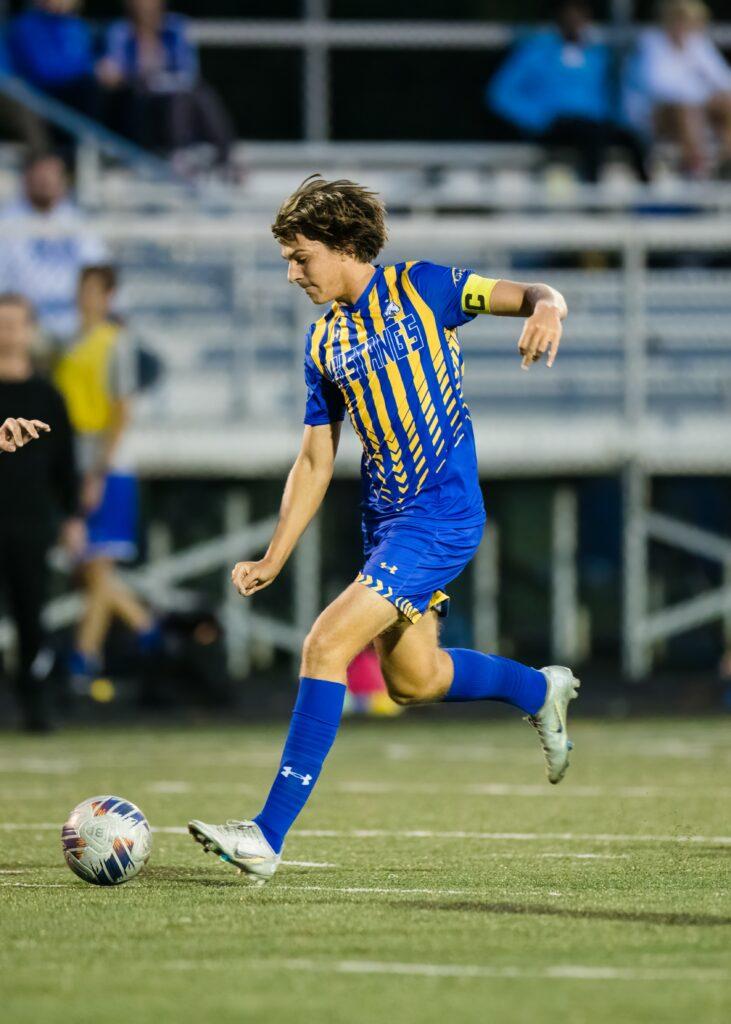 Q1: Why did you choose the sport(s) that you play?
From a young age, my dad and I would always kick a soccer ball in the front yard, and he was also a soccer player in high school. I ended up following in his footsteps and playing soccer for most of my life. I also started playing basketball because I felt that soccer wasn’t enough. Plus, I had an enjoyable time playing both sports, so it was natural to stick with them.

Q2: What is your favorite Madeira sports memory?
My favorite memory was during my Junior year of high school. I was on the varsity soccer team, and we made it to the district finals against Dayton Christian. We had a tough time scoring, but I was able to get a goal in overtime to win the game.

Q3: How do you get motivated to practice each and every day?
Sports are a grind, so it is hard to stay motivated all the time. However, I just need to remind myself from time to time that I am doing this because I enjoy it, and I want to celebrate the victories that come through hard work.

Q4: What is your favorite pre-game meal and why do you eat that?
I don’t normally eat much on the day of a game besides bananas, protein bars, and water, but I eat pasta (normally fettuccine alfredo with chicken) the night before.

Q5: Which athlete do you admire most and why?
I don’t have any athletes that I look up to because I have never spent lots of time watching them.

Q6: What makes a great teammate?
I believe a great teammate is someone who holds himself and others accountable but does it in a respectful manner. We are all trying to better ourselves so a little criticism should be taken as a way to improve.

Q8: What is the funniest thing that you have seen or happened to you in a practice or game?
The funniest thing I have seen was when I was at soccer practice in my Sophomore year. My goalkeeper at the time was Lincoln Jones. He was a little smaller, so my coach decided to punt a ball up from 35 yards out to try and score over him. We all ended up watching the ball drop straight over him and into the goal. He was on the ground just pondering what had happened to him while everyone else was laughing.

Q9: What is next after you graduate?
I plan on going to college to do accounting/finance, but I am keeping my options open.

Q10: What advice would you give an 8th grade athlete as they move on to high school sports?
My advice to an eighth grader would be to understand that seniors are a few years older than you. They are more than likely going to be bigger, stronger, and faster, but don’t let them stop you from playing the sport you love. You should use them as motivation to become better.

Back to All Athletes
Scroll To Top